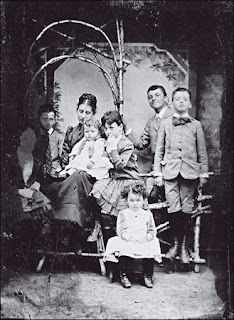 (The above photograph of Wittgenstein siblings was taken roughly around 1890. Rudi Wittgenstein is second from left, between his two elder sisters, Helen and Hermine)


A couple of years after Hans’s disappearance, in 1904, Karl Wittgenstein’s third son, Rudolph, known in the family as Rudi, died. There was no doubt as to how he died; Rudolph Wittgenstein killed himself very publicly.

At the time of his death Rudolph, a good-looking and intelligent young man with a passion for music and theatre, was studying chemistry at the Berlin academy. On the day he died, Rudolph walked into a restaurant bar on Berlin’s Brandenburgstrasse. The other customers in the restaurant recalled later that he was in a state of considerable agitation. He ordered his food and ate it rapidly. When he had finished eating, Rudolph asked the waiter to send a bottle of mineral water to the pianist with the request that he play a popular number of the time, ‘Verlassesn verlassen, verlassen, bin ich’. The ditty went like this:
‘Forsaken, forsaken, forsaken am I!
Like a stone in the roadway, for no lass loves me!
I shall go to the chapel, to the chapel way off,
And there on my knees, I’ll cry my heart out!’
As the music played, Rudolph took from his pocket a sachet of potassium cyanide, dissolved it into a glass of milk and drank it. Within two minutes he had slumped back on his chair, unconscious.
By the time the doctors—three of them—arrived, Rudi was dead.
There were several suicide notes found at the scene, according to a newspaper report published the next day. One of the notes, allegedly addressed to his parents, said that Rudolph had killed himself following the death of a friend.
In all probability Rudolph Wittgenstein killed himself because he was petrified that he would be identified in a case report of the famous sexologist, Dr Magnus Hirschfield, describing in detail the problems of a homosexual student in Berlin.
Rudolph was most probably homosexual and was not at all at ease with his sexuality. In the summer of 1903 he had sought help from the Scientific Humanitarian Committee about what he described to his friends as his perverted disposition. This committee was a charitable organization that campaigned for the repeal of section 175 of the German Criminal Code against ‘unnatural sexual acts’, in which homosexuality was included. It was to the annual report of this committee, titled ‘Yearbook for Transsexuality with Specific Consideration of Homosexuality’, that Dr Hirschfield had contributed his case-report.
Karl Wittgenstein felt more humiliated than devastated by the manner in which his son had chosen to end his life. Rudolph’s body was brought to Vienna and buried without honour. As soon as the burying rites were completed, Karl ushered the family out of the cemetery, forbidding his wife to even look back.
In the following years, leading up to his own death—which happened in 1913 due to cancer of tongue—Karl forbade the family members to utter Rudolph’s name in his presence.
Eight months after Rudolph’s suicide his sister, Gretl, was married (her husband, Jerome, would commit suicide years later, in 1938).  After the church ceremony was over (the family although Jewish, had converted to Christianity more than sixty years before), Gretl gave her wedding bouquet of flowers to a close friend with the instructions to scatter the flowers on her brother’s grave.
Ludwig Wittgenstein was 15 at the time of Rudolph’s suicide. He did not speak about Rudolph either in his later life.
(To be Continued)
Posted by Bookthrift at 07:04 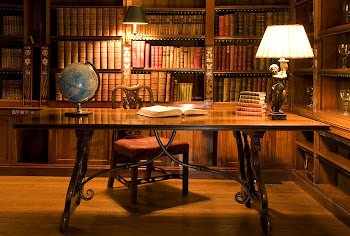 Bookthrift
Welcome to my blog. This blog is mostly about books—20th and 21st century fiction and some non-fiction, to be precise—but not only about them. I shall be writing about some other interests of mine such as language, music, wine, interesting places I’ve been to, and random topics that happen to interest me at a given point in time. I mostly read fiction, which comprises almost 90% of my reading. In the non-fiction category I am interested in language, philosophy, travel, selected history, biographies and memoirs of people who interest me, and wine. I love spending time in bookshops and attending literary festivals, although I have managed to attend only a few in the past few years. I shall write on a monthly basis (let’s not be too ambitious) about a book I have read, though not necessarily in that month. I hope you enjoy browsing through this blog.